I had the privledge of meeting Tom Murray at our Volunteer Appreciation Luncheon in April. He was our featured speaker and when he took his place behind the podium in his suit and tie, I had no idea how powerful the story he was about to share with us would be. Here in his own words, is Tom's story of homelessness and hope.

"I lived in Phoenix many years, and for the most part, I lived on the streets in central Phoenix.  I had jobs and then I had months of no jobs and homelessness.  I used to sleep in the bushes along I-17 near Grant Street in the years before I first went to the Phoenix Rescue Mission.

Those years were mostly awful. When I finally went to the Mission in October 2001, I was seriously ill (I didn't know it) and in fact, I laid on a piece of cardboard for several days outside the gate of the Mission - I was just too sick and tired to get up. I had what you might call a life changing experience before I went to the Mission.

I had a heart attack and underwent several heart surgeries while I lived at the Mission and I remember Jerry Sandvig coming to lead Bible studies when I was not able to get out of my bed.  What a blessing Jerry and everyone at the Mission were to me, and are now to many people.

I am school in Kansas City now, completing my doctorate degree and I will be a Doctor of Chiropractic next year.  I plan on returning to Phoenix to help Jerry and everyone else at the Mission.

There are many more homeless men just like Tom. Please visit our website to see how you can help or to find out more about our Addiction Recovery Program.

Dennis was just 13 years old when he started experimenting with alcohol and drugs. By the time he was 20 years old, he was hooked on crystal meth. For the next twenty-three years, he never stopped using. Dennis was married at 23 and his wife gave birth to their son a couple years later. While he loved his wife and son, it wasn't enough to get him to stop his drug use. His wife divorced him when his son was only 18 months old.

For years, Dennis bounced around, doing whatever he had to in order to support his addictions. In 2003, he was arrested for drug smuggling from Mexico and spent a year in jail. After that, things only got worse. His addiciton to meth cost him the trust and respect of his family and friends, he lost any chance of joint custody of his son and finally, lost his job, becoming homeless.

Living in a van, one night he decided to pray. With tears flowing, he prayed asking God to rescue him and put hope back in his life. The next morning when his drug dealer showed up, he asked Dennis to go somewhere with him. Before he knew it, the dealer dropped him off at the Mission and told him to focus on getting better for himself, his son and his family.

It wasn't long after he entered our recovery program that he realized what was missing from his life was a personal relationship with Jesus Christ. The hardest part of the program for Dennis was surrendering. He found that the more he grew in his relationship with God, the easier it became to surrender his past sins and allow his heart to be filled with hope and joy through God's forgiveness.

Dennis graduated from our Men's Recovery Program in April and already has a job. When he went back to the last company he had worked for, Quick Pik Allover Towing, to apologize, the owner hired him on the spot. They could see right away that Dennis is a changed man.

Thanks to those that support the Mission, lives are being changed. As Dennis put it, "Thanks to everyone who donates time and money to the Mission. You literally saved my life and the lives of many others. I can't thank you enough!"

Richard grew up in a military family with 10 siblings. They lived in several places in Europe before being transferred to Luke Air Force base. He attended both grade school and high school here in the Phoenix area in the 1960’s when many young people followed the motto, “If it feels good, do it.”

Richard’s father wasn’t around much, as he liked to party with friends in his free time instead of spending time with his family. Richard tired several different drugs with his friends, but an addiction to alcohol is what stuck with him for years.

In spite of this, he joined the Army and came out of the service as a technician. Richard always excelled in whatever he chose to do. He became very proficient as a surgical technician and moved to California, working with several world-renowned surgeons at Cedar Sinai and other top medical facilities.

When the money was coming in, he made the mistake of smoking crack with his friends. This was the start of his undoing. He smoked crack for the next 20 years. As a result, his wife divorced him and he became estranged from his family. When his daughter was killed in an auto accident in 1999, Richard hit bottom. He bounced from job to job and ultimately ended up living for over six months in his car that didn’t run parked on the street just outside the Phoenix Rescue Mission.

As Richard spoke with a Mission chaplain, it became clear to him that a good home, career, family, and a beautiful wife weren’t enough to keep him off of drugs. That’s when he signed up for our Men’s Addiction Recovery Program. He had already been through three different programs in California, but none gave him what he needed to overcome his addictions.

Once in the program, Richard discovered that he could no longer blame anyone for his actions and life but himself, and he had to learn how to really forgive himself. As his relationship with the Lord grew, forgiveness became easier. As he puts it, “Nothing can change you like Jesus can.”

Richard graduated from the program in January along with four other men. He is excited about his new life ahead. “What God’s given me I have to give back to others, not just hang on to it.” He plans to go back to school and study to become a drug and alcohol counselor. He wants you to know how much he appreciates your support. “Thank you for giving to the Mission and this God-sent program. This place gives us hope because Christ gives us hope!”

You can learn more about Phoenix Rescue Mission's Addiction Recovery Program and how to help men just like Richard by visiting our website.

Stephanie Riel wrote a wonderful article highlighting our Addiction Recovery Program for the Ahwatukee Foothills News a few weeks back. I thought it was worth sharing the link and some excerpts with you:

As a part of the Christian mission's 21-bed addiction recovery program, a preliminary 30-day detoxification is required. Then a participant can start the four-step program, which focuses on getting to the core of the client's problems over a 12- to 16-month period.

"The addiction recovery program was probably the best orientation to a successful life," Gorman said. "It gave me sobriety and gives me the keys to have a successful life. It helps me re-dedicate my life to the Lord, too." 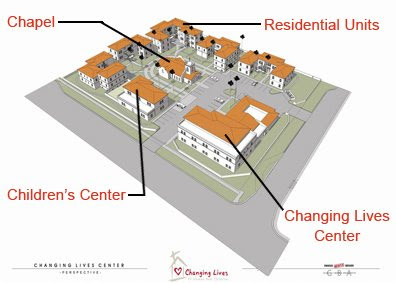